Solar Panels Fremantle – Solar panels are for people who wish to invest in a brighter future over the long run. Where do Fremantle people go to get solar panels installed on their home, cottage, or business? They enlist the help of TDG SOLAR’s ecologically conscious and conscientious workforce. We believe that everyone in the community should have access to low-cost solar energy options. Renewable energy has far too many benefits for both individual consumers and the community as a whole. 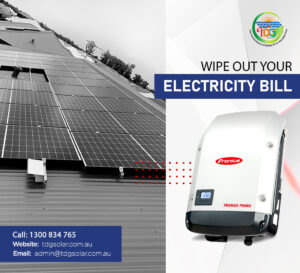 What Are the Benefits of Solar Panels?

In their most basic form, these panels gather solar energy and convert it to electricity. Solar panels are also the only renewable energy source that can meet electrical demands. But how is this possible? The components of a solar panel consume photons from the sun to make electrons and atoms. The electrons are discharged into the solar cell, where they circulate before reaching the metal conductor. On both sides of this conductor plate on the solar panel. As a result, these electrons return to the solar cells, causing the battery to enter a charging loop.

All of this is made possible by the negative and positive charges on the solar panels. One side of each solar cell contains negatively charged phosphorous, while on the other side is positively charged boron. As a result, the layers of silicon in solar cells charge up when this component is exposed to electrons. It’s converted into photons, which provide the electric current that powers other machines.

Because these photons cause the electrons in the atomic orbit to be knocked out by the solar panel surface, this happens. As a result, it is released, causing an electric field to form within the solar cells. The electrons become free and a directed current develops. The full process including photons, electrons, and electric charges is referred to as the photovoltaic effect.

How Much Do Solar Panels Cost in Fremantle?

The cost of buying and installing a solar panel varies from state to state. Initially, the expenses were prohibitively high, making it difficult for individuals to get. Solar panel prices have dropped dramatically in recent years due to a spike in production and demand. If you install them, the federal government will give you a tax credit and incentives.

Regardless, the Center for Sustainable Energy predicts a median installation cost. Solar panels may cost anywhere from $15,000 to $25,000, depending on your location and usage. Based on their data, you can estimate that the average home 5kW solar panels will cost $3 to $5 per kilowatt. This sum, however, does not include the government’s tax rebates and incentives.

How Much Do Solar Panels Save in Fremantle?

These parameters will influence the efficiency of the solar panel’s cost reduction. As previously said, your utility statement might include a plethora of information on solar energy. Basic power costs in the United States cost an average of $1,500 per year. Even if the cost of installing solar panels in Fremantle is three times higher, the long-term cost will be cheaper. Solar energy is also 100 percent effective and may be able to satisfy all of your demands.

Because their operation is based on: solar panels are prone to changes.