Solar Battery Batemans Bay –Solar panels are one of the most popular solutions for Australian homes to save money on their electricity costs. If you have solar panels on your roof, it’s evident that storing any unneeded electricity in a battery for use at night or on days when the sun isn’t shining is a good idea. But how do these batteries function, and what should you know before putting one in? 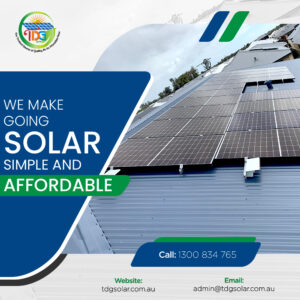 So, are solar batteries worth it in Batemans Bay right now?

Unfortunately, there is no black-and-white answer to this question because it is entirely dependent on your specific circumstances. No, in a lot of circumstances, and just from a financial one. They have a rather high initial cost and (usually) a 10-year warranty, so they will almost certainly need to be replaced before they pay off.

However, there are a few situations where it makes sense to invest right now. Some of the most prevalent circumstances are listed below:

How do home solar batteries work?

Home battery storage isn’t a new notion. Battery storage has long been utilized in off-grid solar photovoltaic (PV) and wind electricity generating on isolated properties to capture unused electricity for later use. Storage batteries are becoming more popular with new solar installations, and it’s feasible that most homes with solar panels will have a battery system within the next five to ten years.

A battery stores any unused solar energy generated during the day for use at night or on days with little sunlight. Battery-powered installations are becoming increasingly popular. Being as self-sufficient as possible from the grid has a lot of appeals; for most individuals, it’s not simply a financial decision, but also an environmental one, and for some, it’s an expression of their desire to live free of energy firms.

How Much Does A Home Battery System Cost?

The price of a home battery system is determined by the size or capacity of the battery, which is measured in kilowatt-hours (kWh), as well as the brand of solar or hybrid inverter utilized. Depending on the type of battery, installation location, backup power requirements, and type of inverter utilized, average household batteries can cost anywhere from $4000 for a small 4kWh battery to $15,000 or more for a large 13kWh battery. Costs have been gradually decreasing, though not as swiftly as many had planned.

To put things in perspective, a typical three-bedroom house consumes roughly 20kWh of electricity every day. Some of this energy, on the other hand, is utilized during the day and might be directly powered by solar. With this in mind, a 10kWh battery of moderate size should be sufficient to cover the evening and nighttime periods. In reality, each household is unique, and usage habits can range significantly. A smaller 5 to 6kWh battery may be suitable for those who are more energy careful and utilize efficient appliances and will also offer adequate backup power to sustain basic essential loads such as lighting, computers, and refrigerators.

How long do solar batteries last?

Under typical conditions and if not exposed to high temperatures, most solar battery types should last 10 years or more. That is, they should last as long as the guarantee period, which is typically 10 years for most models.

However, because recent versions of solar batteries have only been around for a few years, there isn’t enough market data to say whether they routinely last that long in real-world residential setups.

Consider the following factors when choosing the ideal battery for your needs:

Any concerns about battery reliability should be considered when choosing a battery.

The majority of solar battery warranties are for ten years. The number of cycles is usually related to the warranty. Though warranties are important, it’s worth noting that no lithium-ion battery has been installed in Australia for more than ten years.

You must determine whether the battery can be set to do the tasks you require. Not every battery can provide backup power if you need it. e it.

As a rating criterion, we prefer to favor value over price. It is of greater value if a battery costs twice as much but lasts three times as long. Value is also subjective; it is up to you, the consumer, to decide what is valuable in your eyes.