How does Solar Energy Work – Arising the curiosity of getting the acknowledgment solar power. The working starts by converting the energy of the sun into power. Majorly, there are two forms of energy generation from the sun for our use i.e. electricity and heat. 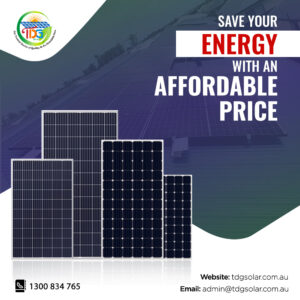 Solar power comes under procession by converting light from the sun into electricity. The electricity than is useful or eventually exported to the grid when it’s not in need. And this is done by installing solar panels on the roof which generates Direct Current (DC) electricity.

Moreover, this is then fed into a solar inverter which converts the DC electricity from your solar panels into Alternating Current (AC) electricity.

Solar radiation is light also known as electromagnetic radiation, with the emission, help of the sun. Ideally, every location on Earth receives sunlight over a year, and the amount of solar radiation reaching any one spot on the Earth’s surface commute.

Thereby, solar technologies capture these radiations of the sun and turn them into useful forms of energy.

Moreover, by capturing the sun’s energy and turning that into electricity for homes or businesses. Solar energy is chiefly a key solution in combating the current climate crisis and therefore reduces the dependence on fossil fuels.

The components of a solar panel aren’t complex ones. Astonishingly, the first, solar panels were developed back in the year 1800. The important solar panels component is:

Essentially, solar panels record the sun’s energy and then initiate to convert the energy into power for usage. Proceeding, when the sunlight hits solar panels and gets captured within photovoltaic cells then gets transported to an inverter where it converts from direct current DC electricity to usable AC electricity. Additionally, in some cases, the power might be stored in battery banks also.

The Initial Stage is installing the Panels

The solar panels vitally play an important role while they’re initially the starting point where the energy will lie and the procedure of conversion will take place.

Thereby, placement of the right quality of solar panels must be in initiation to have protective electricity.

The construction of each panel is emphasized with a layer of silicon cells, a metal framing, a glass casing surrounded with a special film, and wiring.

Moreover, for the maximum effect, the groupings of the panels are done together into “arrays” that are order series. Therefore, enormously the panels are placed on rooftops or in larger outdoor spaces. These solar cells or solar panels also referred to as photovoltaic cells, start absorbing sunlight during daylight hours.

Each solar cell is having a thin semiconductor wafer that is made from two layers of silicon. As one layer is positively charged, and the other negatively charged, eventually forming an electric field.

Interestingly, when the light energy from the sun starts to strike a photovoltaic solar cell, it energizes the cell. That causes electrons to come loose from atoms present in the semiconductor wafer. And these loose electrons are set into motion by the electric field surrounding the wafer and create an electrical current.

In modern solar systems, inverters need configuration as one inverter for the entire system or as individual micro-inverters, attachment behind the panels.

Solar energy once convertible from DC to AC electricity runs through the electrical panel and is distributed within the home or the working place to power the useful appliances.

Furthermore, we can remain connected to the traditional power and can automatically draw additional electricity to supplement solar shortages from the grid.

Types and Working of Solar Power:

The system is useful when electricity/grid is not present or someone requires backup to safeguard against power cuts. A battery-based system; thereby energy generation from the solar panel stores in the batteries which are connectable with the system.

The system is useful when you want to reduce your electricity bill. As in this type of system, there is saving accordingly per unit amount multiplied by units generated by a solar system.

The combination of off-grid and on-grid solar systems as the electricity consumption of the house is lower than the energy generated from the Solar system. Therefore, excess energy will get stored in batteries connected with this system.

Knowing the basics about solar energy is marvelous as for how today’s photovoltaic technology captures the vast power of the sun to operate power for the electronical appliances. Therefore, having an insight into the natural process is eventually knowledgeable and helps a person gain knowledge of savings.

How Does Solar Energy Works Step by Step?

Solar Energy and its Working

Different Types of Solar Energy and their Working