Increasing Pricing of Solar system – Even the largest solar companies are concerned about the lack and fast-rising price of solar panels today. While the demand for solar installers and systems continues to rise, the quantity of qualified solar installers does not. One of Australia’s largest commercial solar installers reported that their supply arrangement with their chosen panel brand has increased by 50% in the last three months. 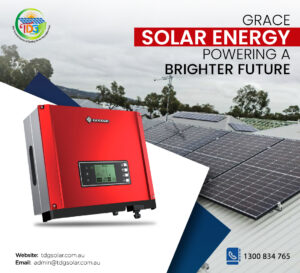 Aren’t things supposed to be settling down globally now that Australia is experiencing a covid stage? Aren’t we supposed to be experiencing negative inflation now that economies all around the world are bracing for the aftereffects of all the government stimulus over the last 18 months?

Expectation Of Solar Prices In Australia:

As global pricing changes begin to affect local prices, Australia should expect a 10% increase in solar panel prices. Customers can expect higher prices for solar panels, solar inverters, and other components used in residential and commercial solar systems as a result of this.

What is causing the increased solar panel prices?

We’re going to look at the reasons why solar panels are becoming so expensive. Many of these reasons are broad enough to apply to a variety of industries, but as a solar energy company, we will keep focused on what is most important to our potential consumers reading this. So, why are solar panel prices skyrocketing, and will they ever come down?

Silicon use to make 98% of all solar cells on the planet. Silicon, like all other raw materials, fluctuates in price over time. The cost of silicon was at an all-time low in mid-2020. By the third quarter of 2021, the cost has risen by around 300 percent. The cost of silicon has risen at the fastest rate in history. This does not imply that your solar panels will be 300 percent more expensive, as silicon represents only a small part of the final product. It does, however, play a substantial role in the rise in solar panel prices!

Due to the Chinese energy crisis, the price of coal on the Zhengzhou commodity exchange has more than doubled since mid-August, resulting in higher electricity prices. As a result, according to UBS Group AG, the subsequent factory power outages might cause a 30% delay in energy-intensive industries like solar panel manufacture.

China manufactures and ships almost 80% of solar panels, with the rest coming from Korea, Germany, Singapore, Taiwan, and Vietnam. Government stimulus, travel limitations, the requirement to work from home, and a shortage of cargo containers have all contributed to increasing congestion and shipping port delays, which have driven up shipping costs. Taking into account the logistical costs, the cost of a 13-meter shipping container has risen from $1,300 to $13,000 just this year.

The significant rise in raw material prices has made it harder for manufacturers to absorb in the manufacturing process. A basic shipping container from China cost $3,500 last year. These prices have risen significantly over the last 12 months, and are now valued at US$12,000 per pound. One of our installers who brings panels over directly tells us that a single container is estimated at $23,000.

Rather than emerging from the Covid shock awash in gasoline, as one might expect after an economic slump, the globe is facing a new energy crisis since the 1970s. Gas prices in Europe and Asia are at all-time highs, oil prices are at three-year highs, and coal prices are skyrocketing.

The increase in interest is essentially due to improving economics and the warning of harsh climate in Europe and northeast Asia. China is hoarding local coal and gas reserves, while Russia is hesitant to supply Western Europe with gas. Rolling blackouts in China, which supplies over 80% of Australia’s installed equipment, are exerting unprecedented pressure on supply and costs.

The Covid-19 lockdowns resulted in a considerable reduction in the production of some important solar panel components. Price hikes have been particularly harsh on polysilicon, solar glass, and aluminum, which are now being reflected in wholesale solar panel costs.

Performance of the Aussie Dollar:

The Australian dollar is now trading at 75 cents to the US dollar as of the end of October 2021. We were at 80 cents at the start of 2021, and we were above a dollar in 2013. The cost of doing business with overseas suppliers increases by the fact that they all trade in US dollars.

What about non-Chinese solar panels?

Manufacturers who do not produce solar panels in China are safe from the majority of the aforementioned factors. China, on the other hand, produces roughly 90% of the world’s solar panels.

Businesses like Q-Cells (South Korea) and Winaico (Taiwan) have reported that all remaining solar panels in Australia have been snapped up by solar installation companies.

Is Solar Still Worth It?

Definitely. While the initial cost of investing in solar is rising, users can still save money by generating and consuming solar energy during the day, resulting in cheaper energy bills. This is especially true for customers who have solar batteries, as they may use solar power at night when energy use is highest. We advise consumers not to take a “wait-and-see” approach to solar, as the rising costs of solar materials expect to continue for many years.