Top benefits of Solar panels –We all know that solar energy is a limitless renewable energy source that does not emit CO2 or other greenhouse gases because it does not use fuel or other resources like water or wind. This is one of the aspects that makes it one of the most environmentally friendly energy generation technologies. However, there are other advantages of solar energy that aren’t as evident but are just as significant when deciding which system to choose. Here are a few examples: 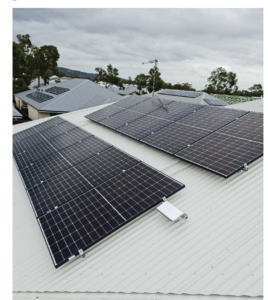 When compared to other sources of energy, using the sun to power your home is better for the environment. Traditional energy sources such as coal, oil, and natural gas are responsible for greenhouse gas emissions, air and water pollution, and other toxic wastes that are wreaking havoc on our environment’s health. It’s also deserving noting that these conventional power sources are nonrenewable and immediately consuming. Now is a great time to start utilizing solar power to produce energy for your home. Installing a solar panel on your home is the first step toward helping the environment while also saving money.

Your energy costs will decrease considering you will be able to meet some of your energy requirements with the electricity produced by your solar system. The amount you save on your bill is limited by the size and power you use in your solar system. Not only will you save money on your electric bill, but you may also be able to get paid for the surplus energy you export back to the grid via Net Metering.

The installation’s ease and simplicity allow it to be placed practically anywhere. Taking advantage of both vertical and horizontal spaces with no special purpose. This feature, combined with the system’s simplicity and adaptability, makes it easier to construct small-scale solar projects, with the added benefit of being able to scale up depending on the demands at any given time. The most intriguing advantage, however, is the ability to provide electricity in remote areas where the cost of establishing electrical distribution lines is too expensive or impossible.

During Peak Hours, Energy Is Produced

Energy consumption is often highest between 11:00 and 16:00 a.m. and then again in the early evening. Naturally, this is the time when electricity prices are at their highest. Those are the hours when solar energy reaches its peak output capacity. Electricity generated at that time is more valuable than electricity generated at night. Prices in those time frames could be driven down to a level close to those of night hours with the increased electrical input of solar energy.

Solar panels are considered renovations, similar to a renovated kitchen or a finished basement, thus investing in a solar energy system will almost certainly raise the value of your home. Homeowners pay a premium for a solar home, according to studies; one research by Lawrence Berkeley National Laboratory found that solar enhanced the value of a property by roughly $15,000 on average. Solar homes can sell for more than homes without PV, despite market considerations such as power costs and system size influencing the extent of the premium.

Home solar systems, perverse to common opinion and simple to maintain. Solar panels are extremely long-lasting and will not require maintenance for several years, resulting in less headache for homeowners. All you have to do is clean the solar panels a few times a year to keep them clean. You can also hire someone to clean your house for you. That concludes our discussion. You’ll only have to perform this type of maintenance on your home solar system.

A Wide Range of Solar Products Are Available:

Another significant benefit of solar panels is the wide variety of solar panel products available. For those searching for a high-end system that will last a long time, there are solar panels that are constructed for performance. There is also a large selection for homeowners seeking a solid budgeting system to choose from. Thermal solar panels are also available for those who use the majority of their energy for heating and want to save money by using solar.

For homes that need to store their energy for usage at night, solar panels can be purchased with an all-in-one battery solution. For homeowners, having such a diverse range of alternatives is a huge benefit since they can buy solar panels that are tailored to their unique requirements and demands.

The Electricity Grid’s Security Has Been Improved:

This is a significant indirect advantage that has a direct impact on the efficiency of the electrical system in the event of blackouts and voltage dips, which are regular difficulties. The ability to introduce solar electricity from thousands, if not millions, of individual energy-production centers, improves the power grid’s security against overloads and transformer fires.

During transit and distribution, about 3-5 percent of the energy is lost. The greater the distance between the points of production and supply, the more energy is wasted. These losses may not appear to be considerable, but they might have an impact on the installation’s performance in densely populated areas. Having solar panels on the roof or in the yard minimizes this distance greatly, enhancing the solar panels’ effectiveness.

It is critical to have a residential solar system in the future. It might save you a lot of money, especially since that everything around you, including cars, is powered by electricity. From now on, you must educate yourself on the various facets of solar energy, as it is widely projected to become our primary source of energy in the future.

Installing a home solar system will provide you with the knowledge and expertise needed to make informed energy decisions. Investing in solar energy is a wise decision that will teach you about the solar industry. It’s difficult to find flaws with solar energy, especially when all the evidence point to it being the way of the future.