Top Benefits of Solar Batteries –The use of alternative energy sources such as solar is progressively reshaping India’s towns and villages. Even though solar panels are being installed in houses and enterprises, there is widespread doubt about the financial aspects of installing solar systems. While solar systems may appear to be an expensive investment, there is an option to improve their efficiency: Solar Battery Storage. 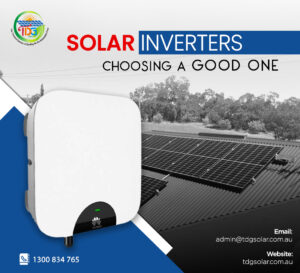 What is Solar Battery Storage?

Solar batteries are an addition to your solar PV system that allows you to store energy generated by your panels and use it at a later time. As the solar panel system receives solar energy, it converts it into electricity, which is then routed through a solar inverter and used by your house.

If your solar power system is linked to the electricity grid, any extra energy it generates is sent to the grid via a process known as “net-metering.” When this occurs, you will earn credit on your next electricity account, reducing your payment amount in circumstances when your system requires a boost from the power grid.

A solar energy system is made up of a network of devices such as solar panels, scaffoldings, and structures for installing the panels, an inverter, a storage solution, and a performance tracker for measuring electrical energy. Solar panels convert solar energy into electrical energy, which is subsequently transferred to the inverter. The inverter is required to convert the direct current (DC) electricity generated by the panels to alternate current (AC) power that can subsequently be utilized by home appliances. The storage system or battery is likewise linked to the aforementioned network, resulting in increased energy and cost-efficiency.

You want to get the most out of your energy system whether you have solar panels or are considering installing solar panels. Installing solar battery storage for extra electricity generated by your panels is a terrific method to boost the performance of your power generating system throughout the day. Here are the top advantages of solar battery storage.

When you install a solar battery, you reduce your reliance on your power company. This is fantastic news, especially if you reside in a region prone to blackouts. Even if your neighbors’ electricity goes out, a solar battery will keep your lights on and your phones charged.

When the power is out, solar panels normally cease producing electricity to prevent feedback to the grid. When you add a battery to your solar system, your solar panels continue to power your home and charge your batteries even when there is a power outage. A solar battery provides you peace of mind in knowing that even if the electricity goes out, your power will remain on.

Using solar energy without a home battery means you’ll ultimately have to rely on the grid, which is often powered by fossil fuels. The use of fossil fuels, such as coal and natural gas, accounts for nearly 90% of Australia’s electrical generation. That’s a lot of filthy energy, on top of a hefty electricity bill.

If being green is your primary motivation for installing a solar system, combining it with energy storage is a fantastic approach to ensure that your home’s carbon impact is reduced.

Solar batteries offer backup power in the event of a power loss. Solar batteries, on the other hand, do not require fuel and do not make any noise, unlike conventional generators, which are commonly used during power outages. Instead, you may rest easy knowing that your solar system will replenish the battery whenever the power is restored.

Savings on your electric bill

Installing a solar battery can also help you save money on your power bill. However, the amount you can save varies depending on the type of net metering provided by your provider.

Net metering allows you to receive a credit on your electric bill for any extrasolar electricity you transmit to the grid, which may be used to offset part of your future energy bills. If your utility offers full-retail net metering, adding a solar battery makes little economic sense.

If your utility charges by the hour, a solar battery makes more economical sense. The price of power fluctuates based on the time of day using time-of-use pricing. When you have a battery, you may choose to use your stored energy when power is most expensive, allowing you to save more money on your electric bill.

Solar battery solutions enable your house to be more energy robust. Battery systems can power important components of your house for hours, even if the grid goes down. This is especially handy if you live in a location where the grid is periodically unreliable, or if you just want to give a higher degree of dependability for your home’s electricity.

There is no noise pollution

Solar panels and battery storage systems, unlike generators, do not produce noise pollution that will annoy your neighbors. This is a one-of-a-kind advantage that is a terrific way for anyone who already owns a generator to upgrade their system.

Emergencies, whether man-made or natural, can frequently result in a blackout. This depletes your energy for a few hours, and in rare cases, days or weeks. In such cases, your solar batteries will play a part in giving you the energy you need to get through the difficult times. A single solar power battery allows you to get by daily.