Difference between Solar energy & Electricity – Majorly there is just the first blush variance in solar energy and electricity. As the prime similarity relies on:  Solar Energy and Electricity are energy, as these are renewable energies. There is eventually widespread popular support, using renewable energy in form of several sources. That can include solar, coal, as well as nuclear. 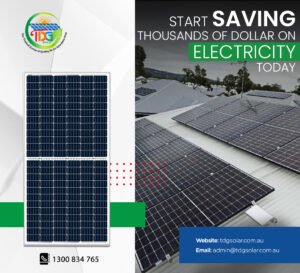 Firstly, solar energy in simple terms is known as a form of energy that is used to generate electricity.

Secondly, electricity is known as the convenient way to consume energy, particularly in form of solar and wind. Furthermore, the energy provides electricity without giving rise to the emission of Carbon Dioxide.

The solar radiation from the sun firmly converts the solar cells into electricity, termed Photovoltaic Cells. These cells include the small electric voltage, which generates when light strikes delve between semiconductors and the metal.

Both the factors have been falling apart from the grid of rapid increase in the past several months.

In today’s generation visualizing the rates, solar energy is highly perspective of more than half of the population using any technological product. Inventions and experimentation have made newer and easy to use coupled with affordable ranges of solar energy and electricity.

But taking into consideration, the cost of solar energy has been varied and constant in the past 30 years; electricity has a higher cost-effective rate.

As some of the research data showed, with the monthly average electricity bill compared with the solar energy bill. Individuals usually had savings using solar energy products rather than using the actual electricity.

People with the acknowledgment are getting an insight that natural energy is highly beneficial than that renewable energy made in form of electricity. And electricity bills vary from place to place and area to area.

Furthermore, solar energy products are highly safe with no damage to the environment and don’t even consume the emitted carbon dioxide.

Moreover, solar energy is highly beneficial for usage as it causes no harm to the environment with no after and before effects. Whereby, electricity when emitted on the high voltage, leaves various residues behind accompanying life-threatening scenarios.

The environmental aspect of natural and no emission residues is the beneficial one. As the over the perspective of electricity leads to high voltage and sparkling, leaving some of the residues behind. Whereby, solar energy widely emits none of the vulnerable things, coupled with no high voltage and other issues.

However, the attributes of solar energy are taking the speed up variations with new inventions and experimentations. Therefore, using solar energy is more beneficial than the utility of electricity.

| Merits and Demerits of Solar Energy and Electricity |

Precisely, when it comes to investing in electricity, which is going to be with our entire life, we find something cost-effective and quality assured. So majorly the cost assurance is seen, weather savings of per month is done.

Moreover, electricity is one of the common and popular options, which is having easy usage. Thereby, on another hand, it is having a lot of taxes coupled with no specific rates.

Whereas, solar energy came into the limelight when people knew its natural formation that is cost-saving coupling with energy-saving.

Therefore, choosing the right option relies on the factor which has maximum cost-effective benefits and quality assurance.

However, getting acknowledgment of the effective one will eventually raise your daily savings so choose wisely.