Solar power vs Electricity Cost Perth – Solar power systems have become increasingly inexpensive in recent years. There are excellent government solar rebate incentives available to defray the initial cost of a solar power installation. With all of the money, you’ll save on power bills, the solar panel system will rapidly pay for itself. Let us show you how a solar panel system may provide a great return on investment while also allowing you to help the environment. 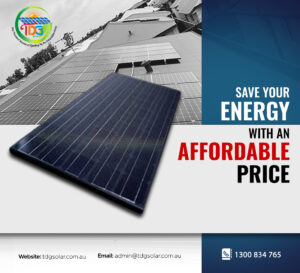 How much Cost of Electricity in Perth?

Perth’s average annual home power cost is $1,992, which equates to $332 per bill (issued every 2 months). According to Synergy, this is based on a four-person family in 2021. Also, the average energy cost might range from $212 to $491 (approximate numbers only), depending on the size of your home, the number of people living in it, your lifestyle, and usually use patterns.

How much Cost of Solar Power in Perth?

A 6.6kW solar system will be the most often installed solar panel in Perth in 2021. In Perth, a decent 6.6kW solar system would cost between $6,000 and $8,500. The cost is primarily determined by the panels and inverter you select. Also, if you choose a European-made inverter, the price will rise by around $800. You may select from leading brands of Chinese and German solar panels. An 8kW solar system with high-quality panels will cost between $8000 and $9000 to install. It would produce 30kWh per day on average.

Your home is full of gadgets that run on electricity, such as refrigerators, air conditioners, ovens, televisions, laptop computers, and so on. Kilowatt-hours are the units of measurement for power (kWh). kWh are referred to as units on your power bill (kWh and units are the same things).

Without a solar system, each unit of power used by your home will cost around 28c. The advantage of having solar is that you avoid using power from the grid, which charges 28c per unit. After a period, the cost of installing a solar system will be less than the cost of your power bills.

How much you save from a solar system

The advantage of solar PV in NSW is that it decreases your power bill by around $400 per year per kW of solar energy thus installing an 8kW solar system may save up to approximately $3,400 per year, or $850 on the quarterly electricity bill.

There are two basic methods to save money by utilizing the benefits of a home solar system:

Excess energy feed-in tariff A feed-in tariff will be paid if the generated solar energy is put back into the grid. It is a credit for extra energy delivered to the grid. It is typically roughly 10c per kWh, however, this might vary depending on the state and merchant. In Western Australia and the Northern Territory, these tariffs are set, but in the rest of the country, it is up to your energy provider. In Victoria, a minimum of 10.2c per kWh is required. The feed-in tariff is often cheap in comparison to the cost of energy.

Installing a high-quality solar power system can boost the property’s worth and potential rental income since subsequent owners or renters will be able to profit from the solar PV on the roof. When it comes to selling a home, those with solar PV are in higher demand. Western Australia’s solar power industry offers a fantastic chance for a favorable financial and environmental outcome by transitioning to 100 percent renewable energy sources and lowering each household’s carbon footprint.

How affordable are solar panels?

Solar panels have never been less expensive. Not only has the cost of solar panels decreased, but technological advancements mean that you are receiving more ‘bang for your buck.’ In 2014, the typical 5Kw solar system cost around $7,500. Today, you can get a 5KW system for much less. There are still rebates and incentives available. Currently, you will earn 7c per Kw supplied back into the grid, and both businesses and homes will benefit from significant savings in the form of Small-Scale Technology Certificates (STCs) and Renewable Energy Certificates (RECs) (RECs).

How much money will we save in a year with solar energy?

The cost per watt may differ depending on the state. Prices range from 19.46 cents per kWh in Victoria to 20.27 cents per kWh in Queensland, 23.29 cents per kWh in New South Wales, and 31.57 cents per kWh in South Australia. With high power prices, the average household’s yearly savings in electricity expenses might be rather promising. A 5 kW standard size solar system generating enough electricity to cover a home’s entire demand may easily save you between $1,400 and $2,200 per year, leaving you with a potential savings of $35,000 – $55,000 during the panels’ 25-year lifespan.

Tags: How Much Does a 5kW Solar System Cost in Perth, Is Solar Energy Cheaper Than Normal Electricity, Is Solar Power Worth it in 2022, Solar Panels and Battery Package Perth, Solar Panels Perth Price